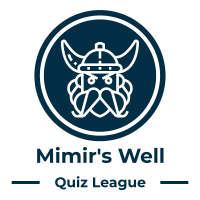 What is the MIMIR format?

MIMIR is an individual format designed to balance the questions that every player receives in the course of a game. Each game involves four players. The questions come in sets of four (a "quad") on a related subject, and one question in each quad is directed to each player through the course of the game.
The Basics
The game consists of five rounds. In every round, each player is asked three questions in turn: Player 1 will be asked their three questions, Player 2 will be asked their three questions, and so on to the end of the round. The order in which the questions are asked is the same in each round, so Player 1 is always the first to receive their questions. Players receive one point for answering any question correctly
Wrong Answers and Passes

If a player answers their question incorrectly, or passes, then the question can be answered by the other players. The order in which people can answer their opponents’ questions is dynamic. At the start of the game, opportunities to guess, ‘flow down’. In other words, they proceed according to the seating order (e.g. if Player 3 answers incorrectly it goes to Player 4, then 1 and then 2). However, the guessing order changes according to the state of the game, which helps to keep the game exciting and fair.

Every time a player attempts to answer another player's question, they can gain a point for a correct answer. Additionally, regardless of whether their guess it correct, the guessing player is judged to have made an "attempt". You do not gain attempts for answering your own questions. Attempts are counted throughout the game, and the order of future attempts is determined by the number of attempts each player has made: that is, the player with the least previous attempts is ahead of any player with more attempts in the order of precedence. Where two players have the same number of attempts, the order is determined by the ‘flow down order’, explained in the previous section.

Imagine the following situation: Player 2 gets their question wrong. Players 3 and 1 each have four attempts, while Player 4 has six. In this case, Players 3 and 1 guess before player 4, as they have mad fewer attemps, and 3 precedes 1, according to the "flow down" rules. This often means that the order of attempts jumps around and might change after each question. The reader/scorer will nominate the person who is next in the guessing order by name, so that players are clear on what is happening. In practice, its a lot more natural than it sounds, and games flow smoothly.

You do not have to attempt an answer to every passed over question. To pass, please clearly say pass either “no” or "pass" to tell the reader to move on. A valuable tactic in many cases is to be cautious about when you guess. You can try and guess who had the most Home Runs in the MLB in 1971 but if you don’t know any baseball players, then you might be better off saving your attempts so questions you have a better chance of answering come to you first. Balancing when to guess and when not to is a big part of the strategy of the MIMIR format.

Players have 30 seconds to answer the questions that are directed to them. When the question is incorrectly answered, it passes to the other players, as outlined previously, and each player has three seconds to answer after being nominated. This also allows for another tactic to develop, which is answering your own questions rapidly so that the other players have less time to think of an answer themselves. If you know you will not know the answer, this tactic can be useful because it gives your opponents less time, although the downside is that it will mean you have less time to work out the answer yourself.

Players should endeavour to resolve hearing issues as soon as they are noticed rather than waiting until potential decisive moments.

Only the player to whom the question is directed may ask for subsequent repeats, clarifications or spellings.

These repeats, clarifications or spellings do not stop the clock and are unlimited in number.

The hazarding of an answer ends all repeats and once an answer is given the clock does not stop again until the start of the next question.

Priority of answers over repeats

If a player asks for a repeat, spelling or clarification but an answer is given the answering takes priority and the repeat is not completed.

If a player asks for a repeat, spelling or clarification but the player to whom the question is directed passes, the answering takes priority and the repeat is not completed.

The purpose of this priority is to allow the legitimate tactic of passing to prevent others from having time to think to continue while also allowing for repeats where needed. Given this it makes sense to resolve auditory issues prior to the game, rather than during it.

If two or more players finish a game on the same score, then a tiebreaker will be read. One player will be read three questions and the other player(s) will then be read the same three questions. The reader will instruct the player(s) not currently being asked the tiebreaker questions to leave the Zoom room to facilitate this, and then ask them back in when it is their turn. This can work for as many as four players. Further Tiebreakers If the scores are still tied after this tiebreaker, there is a second tiebreaker in each set of questions. If this doesn’t break any ties which need to be broken, there is a nearest the bull tiebreaker and the smallest difference between the answer given and the correct answer wins.

A video of the MIMIR format being used in the 2020 Harvest League Final.
Mimir's Well Quiz Ltd